Last time, we took a brief stroll through the timeline of radiology to take a look at the relationship between the evolution of imaging technologies and corresponding development in medical image registration. Digital radiology took root with the clinical introduction of CT in 1971, and despite the introduction of clinical MRI in 1980, it wasn’t until PET came of age in the early 1990s that the utility of image registration became plainly evident. Today we’ll dig into a couple of the early algorithms.

Down the rabbit hole of algorithms

After the Society of Nuclear Medicine and Molecular Imaging, known as the Society of Nuclear Medicine until 2012, announced the widespread acceptance of PET for metabolic imaging in 19911, it only took about a year for the first papers describing methods for registering PET images to arrive2,3. Among the first papers, Woods et al. mentions a twist on an older method, chamfer matching, which was first described for medical imaging in 1977 in the context of object (mainly rib) detection4,5.

Chamfer matching, also known as iterative closest points for those that work with point clouds, operates on the intuition that given two sets of boundary points (or outlines), the best match should minimize the average distance between all of the points in one set and their respective closest point in the other set. Chamfer matching is computationally efficient since it concerns only the two point sets, and not all of the image pixels. However, chamfer matching requires extraction of said points, which typically requires some human guidance. Additionally, real-world annoyances like noisy data, outliers, and local minima traps during optimization reduce the probability of a successful registration (aka convergence region) to 80-90% in typical clinical conditions, and even less in the general case6.

In contrast, for single modality PET registration of the brain, Woods et al. used a voxel intensity strategy, under the key assumption that the intensity of a pixel in one image is strongly, and generally linearly, related to the value of the corresponding pixel in the other image. This method takes some advantage of the anatomic information present in the images, at the computational expense of operating on all image voxels. Woods et al. extended the strategy soon afterwards to PET-MRI brain registrations by considering each MRI gray level individually, though the MRI had to be edited to exclude all non-brain regions7. Despite this major caveat, this tweak crucially allowed non-linear intensity relationships and hinted at the concept of interdependence between images, leading to a formal connection to information theory in 1995. 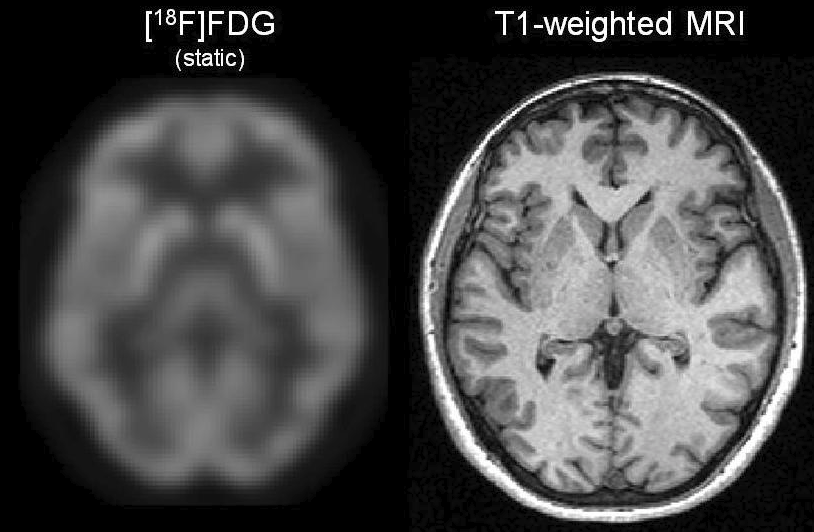 Medical image registration is an eclectic field. Even at this early stage we’ve seen the borrowing of ideas like chamfer matching from 1970s artificial intelligence, circling back to notions from information theory dating back to the 1940s. We still have a couple of decades to cover before we can see how Autofuse is making history, so stay tuned for Part 3.