During a recent, socially distanced Pymedix corporate walking meeting outside in early January 2021, we discussed which company/companies were the most innovative personally. Perhaps predictably, companies like SpaceX, Tesla, and Apple were at the top of the list.

Besides innovation, what do these companies have in common? They all operate in safety-critical industries. SpaceX is aerospace, Tesla is automotive, and Apple entered the medical device industry in 2018 with the single-lead EKG feature in its Series 4 Apple Watch.

These industries come with a lot of technical legacy, and yet here we are with 3 wildly successful companies showing the old guard how innovation is done. SpaceX and Tesla in particular didn’t achieve their current success immediately, but they both began with a fresh approach that flew in the face of accepted legacy practice but proved to be correct.

Local optimization looks at the ground and simply asks, “What steps lead to immediate improvement from my current position?”

Global optimization looks at the whole landscape and says, “What is the best starting position? Locally optimize from there.”

Sure, the old way did the job, but there is always a better way.

Let’s take a look at the past, to revisit local optima, and our journey towards the global optimum. 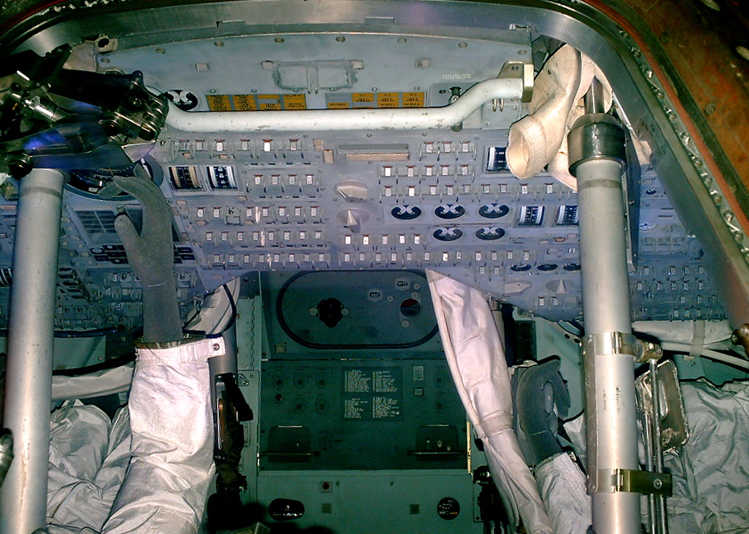 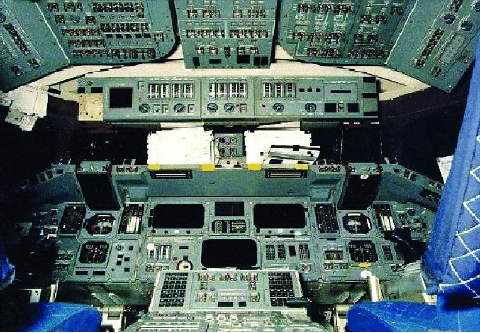 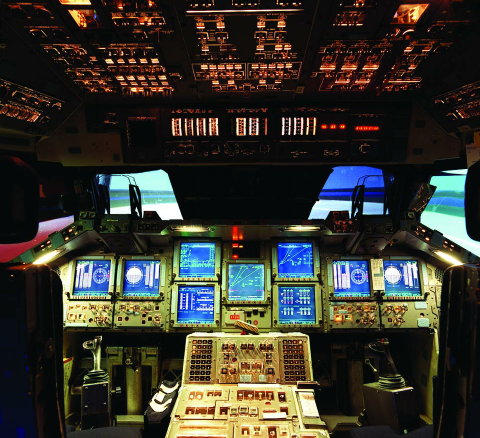 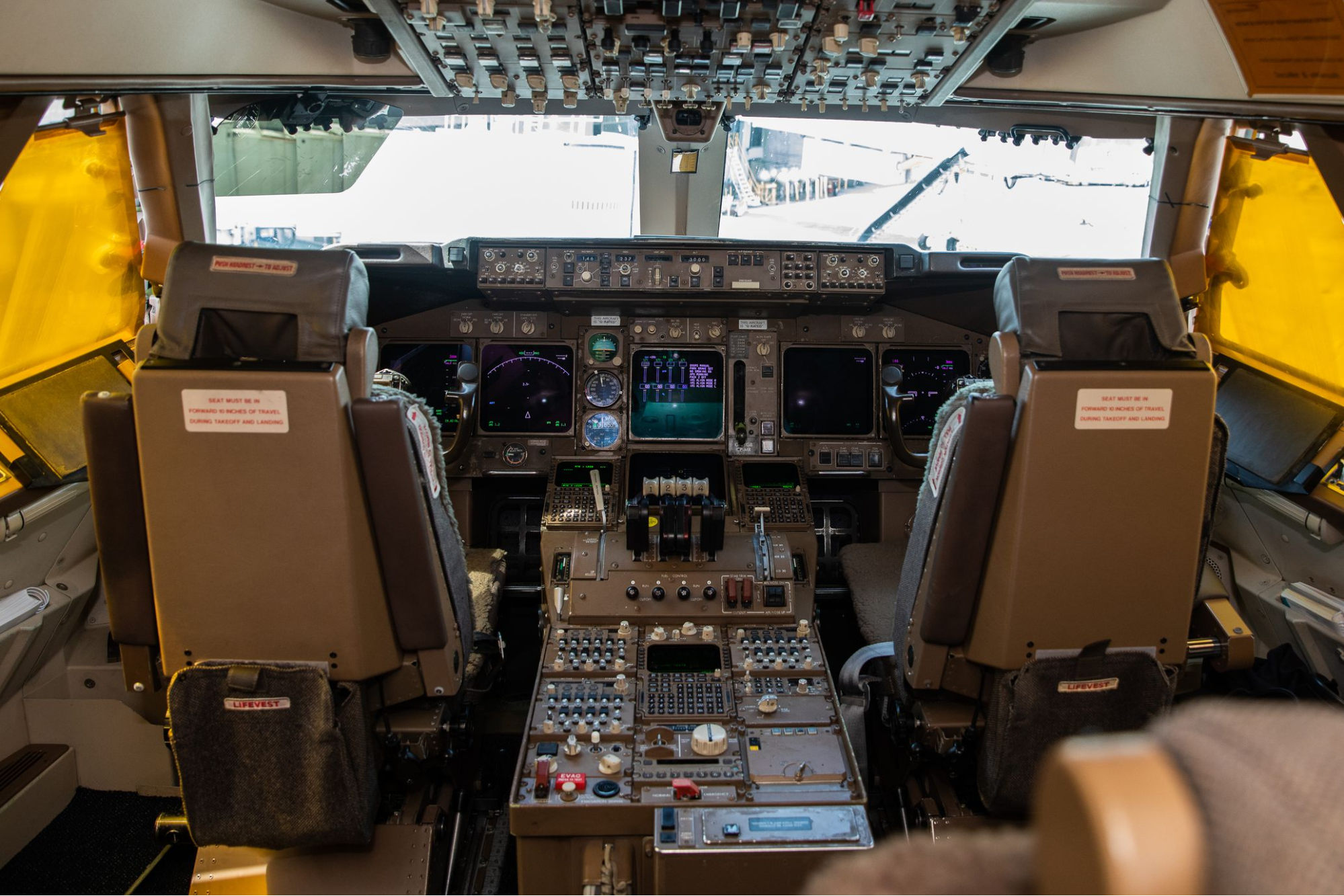 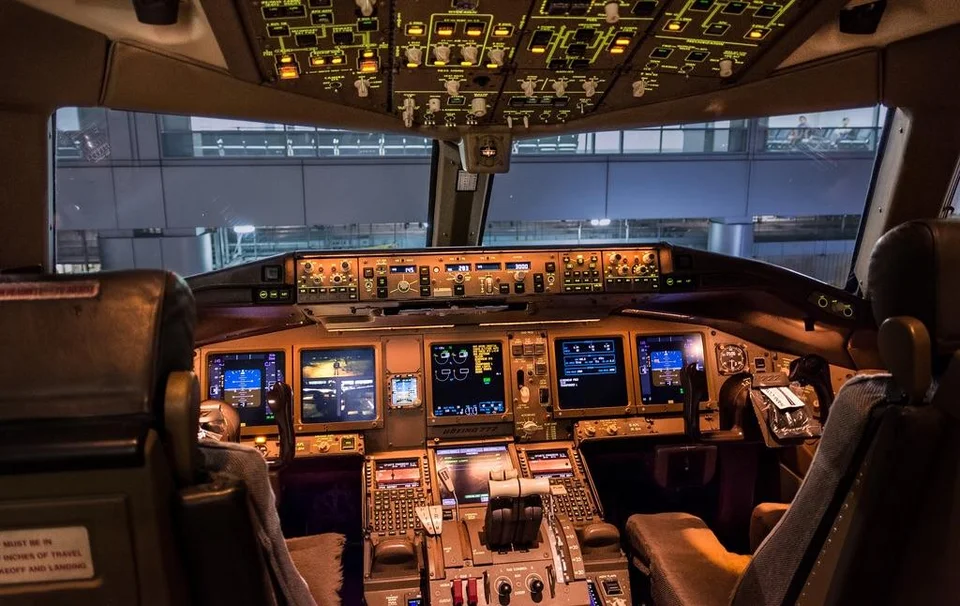 For reference, top: the flight deck of a British Airways 747-400, and bottom: Cathay Pacific 777-300ER cockpit. Considering MEDS was more or less developed by Boeing, it’s not surprising that these interfaces closely follow the same design, usability, and interface motifs. You guessed it, some screens with lots and lots of dials and switches.
(Image credits: Popular Science, Reddit) 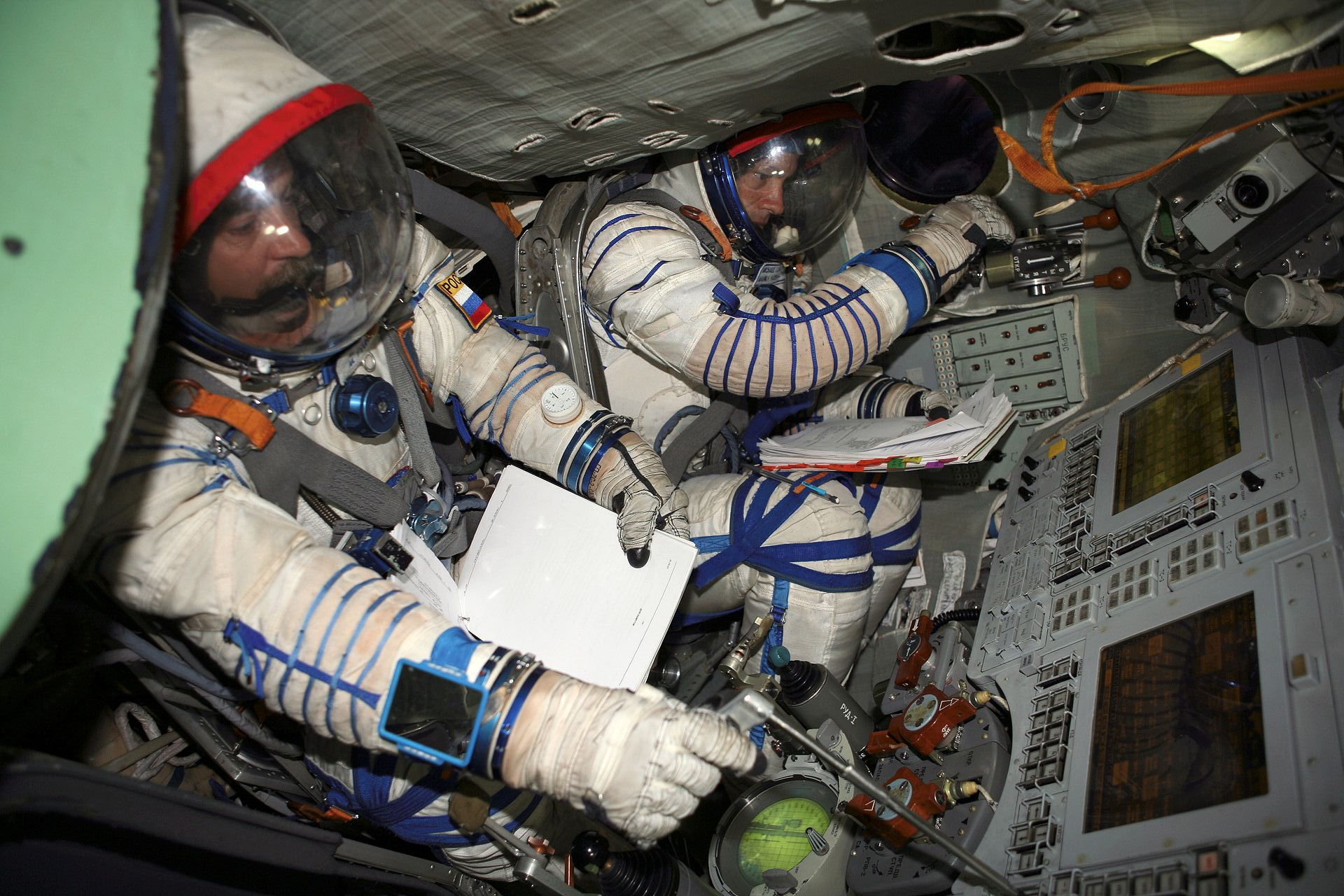 Where SpaceX is now

The command deck of the Crew Dragon. “One of the biggest features of Dragon are the touch screens on the inside,” says SpaceX Engineer John Federspiel. “We designed them not just to be functional but with a user experience in mind. It’s very intuitive to know what we need to do at any given moment in time.” (Image credit: SpaceX)

For good measure, let’s take a look at the fashion that accompanies the spacecraft. 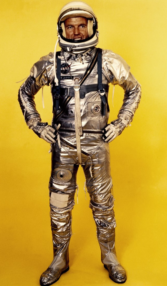 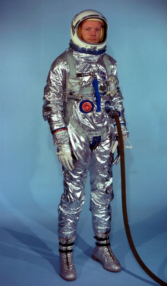 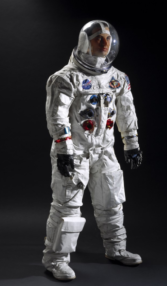 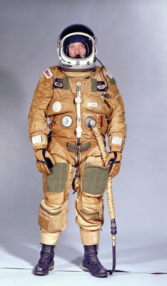 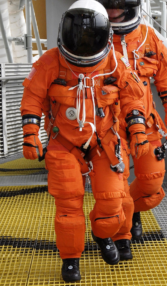 A sampling of NASA intravehicular/flight suits that have actually been in service. These suits do not have protection against micrometeoroids, a reflective visor, or a life-support backpack, and are not intended for extravehicular activities (EVAs). Functional, but not inspiring. (Image credits: NBC News, Wikipedia)

SpaceX “Starman” suit. Its appearance was jointly designed by Jose Fernandez, a Hollywood costume designer known for his works for superhero and science fiction film, and SpaceX founder and CEO Elon Musk. The Starman suit is functionally equivalent to the above NASA suits, but sleeker, more comfortable, and it just looks cool. Which one would you rather wear? (Image: SpaceX, text: Wikipedia)

Looking to the future 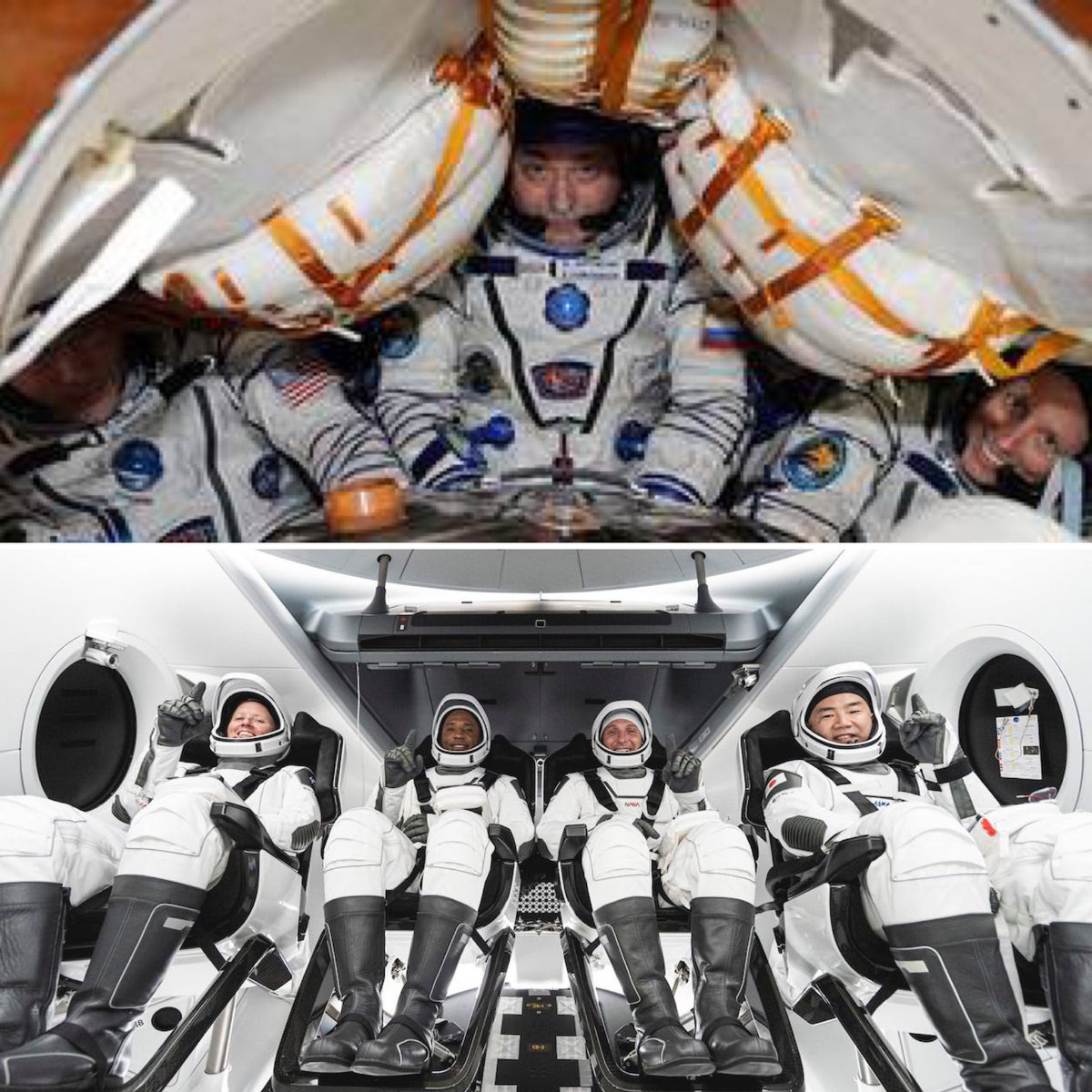 We think of SpaceX’s progress as looking into the future, but the irony is that it has already been done, with the technology available when the project started or developed during its progress. We’re actually looking at the present. Even our imagination can be limited by local optimization.

Founded about 1 year after SpaceX, Tesla has likewise stirred up its respective industry, and continues to do so.

Skeptics identify problems, not solve them

Electric cars are practically mainstream today, but of course this was not always so. Tesla’s first challenge was to prove that electric cars were even feasible. Skeptics were quick to point out the obvious. Battery technology at the time was lacking. Cruising range was poor. Because electric cars needed to be efficient, designs from the established players were all anemic, sacrificing power for weight concerns. It was hard to imagine a full featured car with good range and high performance. 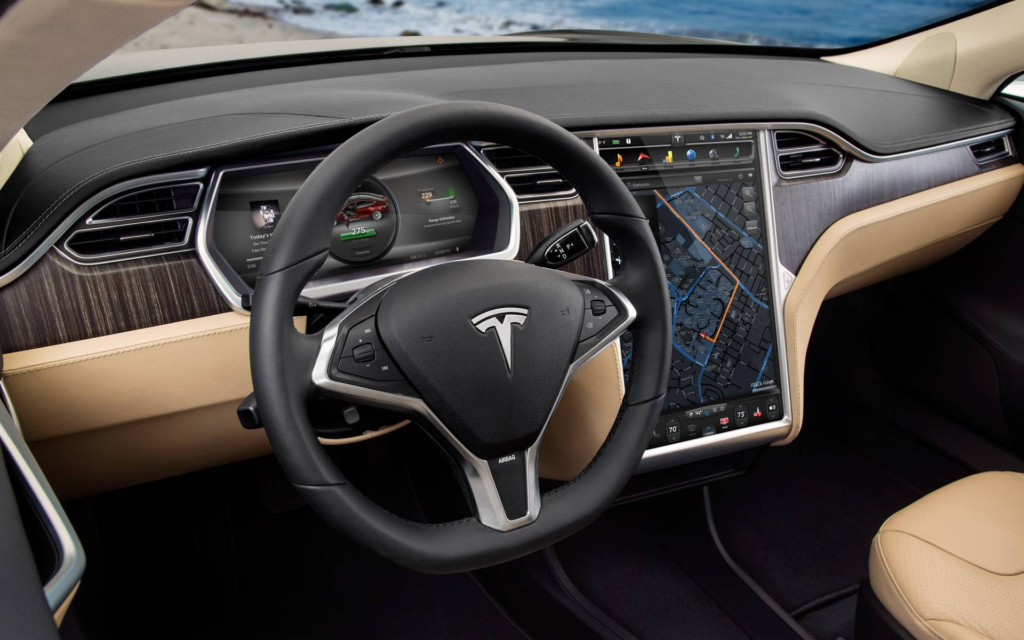 Solving the problem at hand

Pointing out problems is easy. Solving them is hard. Local optimization produced the hybrid electric car, combining the range of a gasoline vehicle with the efficiency of electric motor assist and regenerative braking. The first hybrid, the Toyota Prius, was a groundbreaking vehicle in 1997, but ultimately is a stopgap measure, or local optimum, on the way to fully electric vehicles. 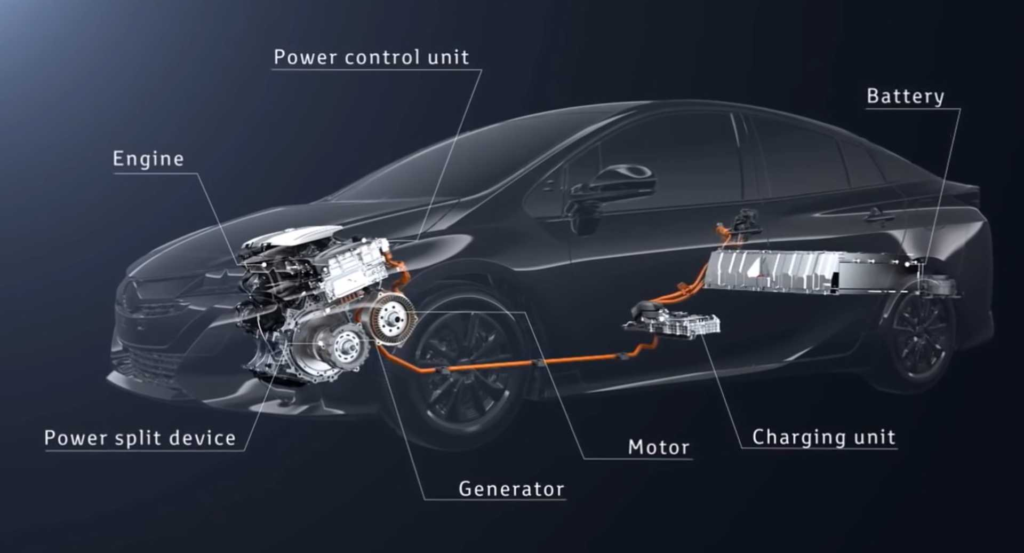 So if EVs lacked range, and batteries are the problem, then it’s time to reinvent the battery. At the time, nickel metal hydride (NiMH) was considered the best battery chemistry for automotive use, but energy density was lacking. Lithium ion (Li-ion) batteries were also available, and sported superior energy density and power characteristics but also presented more safety and charging challenges.

Global optimization would logically start with Li-ion and address the challenges. Safety can be engineered in, and charge cycles can be controlled.

Tradition put batteries in the trunk, and so did Tesla in their proof of concept car, the Roadster. Starting with Model S, Tesla continued to redefine the EV platform with skateboards, and later, structural batteries. Suddenly, space for battery capacity wasn’t the pressing issue, and the low center of gravity contributed to more sports car-like handling. (Image credit: Youtube/Tesla Daily Podcast)

The result? The car of the future, probably.

SpaceX and Tesla are relatively new and started without a legacy baggage, aesthetically or technically, of how the future should look based on the past. Despite over 44 years to accumulate their own baggage, Apple likewise innovates freely without the past to weigh them down.

The problem with technology is that there is no such thing as an optimal solution, because there is always improvement or a better approach to be had. Sometimes it’s better to just start over. This does not mean throwing everything away, however. The successes and mistakes of the past can still be valuable lessons.

Apple is no stranger to jumping ship when it comes to platforms. They’ve done it plenty of times in their 44 year history, starting with the transition from the Apple II series to classic Macintosh, to PowerPC, to Intel, and more recently to a more unified ARM processor platform between their iDevices and future Macs.

Timeline of Apple computer hardware and operating systems. Apple has repeatedly changed both hardware and software platforms based on the best available at the time.

Steve Jobs was never satisfied with suboptimal solutions. He wanted the best solution he could get. He might not have thought about it in terms of global versus local optimization, but global optimization was always his goal, and he summarized this in design terms:

“Most people make the mistake of thinking design is what it looks like. People think it’s this veneer — that the designers are handed this box and told, ‘Make it look good!’ That’s not what we think design is. It’s not just what it looks like and feels like. Design is how it works.” — Steve Jobs

Are you ready for the future?

If theory says it can be done, eventually it will be, with the right technology. Sometimes, you have to start over and let go of the past to escape the local optimum, and ironically the lessons of the past tell us exactly this.